Who has not heard of the new type of sandwich shop and hamburgers, which prepare the famous homemade hamburger, where the whole snack is prepared on the spot, without industrialization. The style of the snack was so famous that even had a contest in the program More You, presented by Ana Maria Braga, The Best Hamburger in Brazil, in September 2017.

A little earlier, at the beginning of the fame of the artisan burgers, two friends were already starting an enterprise that involved the snack and artisan beers, Daniel Mocellin, 29 and Guilherme Requião, 38, are known today as the hamburger kings in Curitiba, for their famous handmade snacks.

Whatafuck Hamburgueria is the name they gave to their venture, when they started in May 2015, revolutionizing the night in Curitiba. 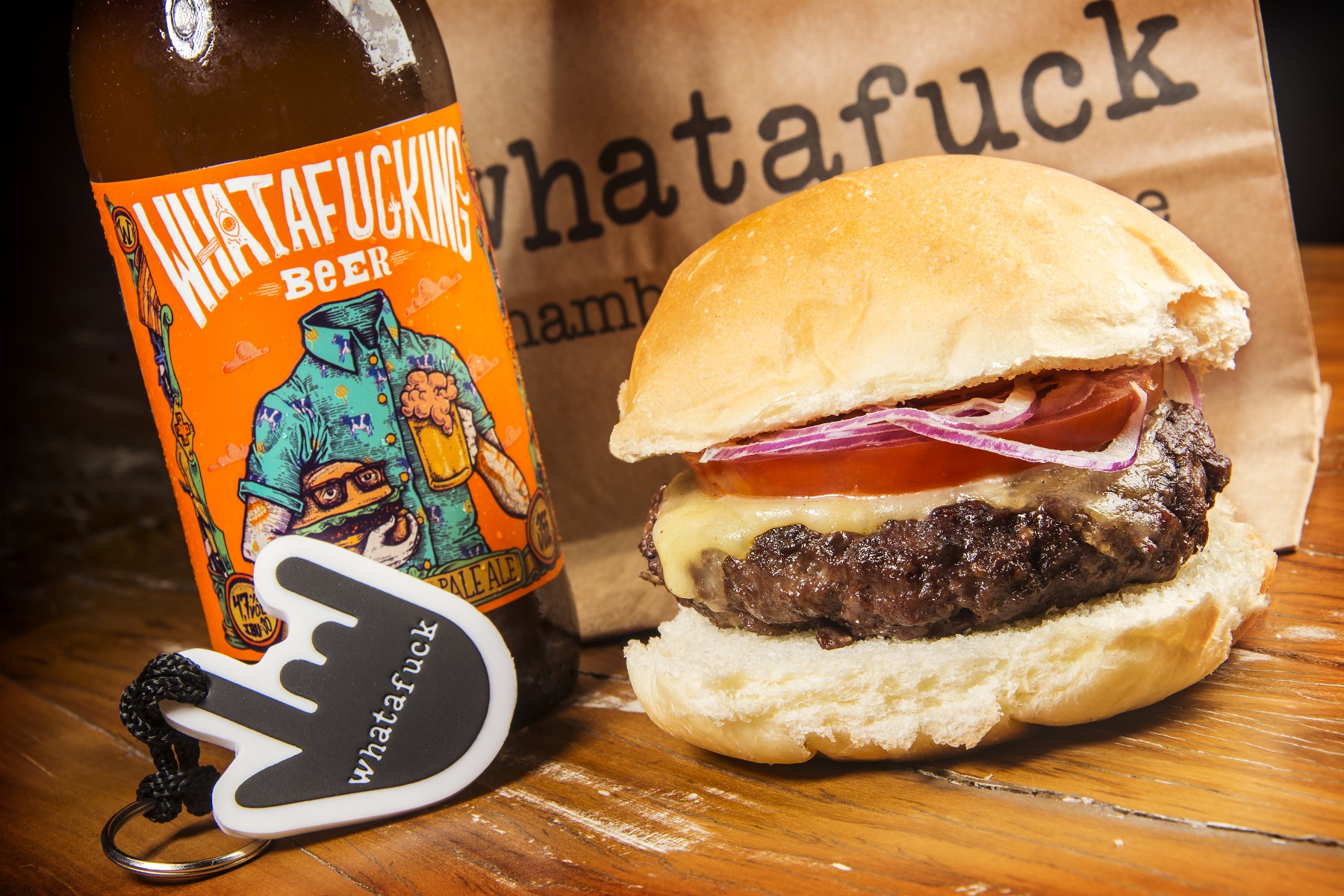 Today, the two friends sell approximately 30,000 artisan burgers in the flavors of meat, ribs, calabrese and even vegetarian, so everyone can enjoy this gastronomy, starting at R $ 12. In addition to selling about 8 thousand liters of artisanal chopp per month.

They have two units, which together measure about 52 m². The hamburger has become the great reference of the contemporary gastronomy in the capital of Paraná, betting on a concept detached, where the street is the meeting point of its public.

In a space of only 26m², creative solutions helped in this immediate success, such as the hamburger toboggan. “Since the kitchen is upstairs and the orders are made underneath, we did not have the money to buy a freight elevator, a small elevator to lower the orders, so we had to improvise,” explains Daniel. “There is no tray, there is no freshness, the consumer makes the order, pays and waits for one of the best hamburgers in town to get on the slide and back to the street. The store has tables, but the cheap is circular on the sidewalk and enjoy the excitement that comes from all sides, “adds Guilherme Requião.

The house burgers are handcrafted, with unique recipes, just minutes before consumption. The characteristics guarantee the freshness and the excellence of the meat flavor. To harmonize, the Whatafuck Hamburgueria offers a great quantity of local brews, valuing the artisan brewery production of the State of Paraná, that has in the city of Curitiba its great brewery pole.

After the plan to open the third store, they dream of bringing the hamburger to Greater São Paulo, “The idea is still on paper, but we are already studying the initial cost of the whole process and raising capital, looking for a point in the city, evaluating the possibilities, “completes Daniel.