The destinations most wanted by Brazilians for the New Year

Brazilians are already starting to plan their New Year’s travels. Kayak has prepared a survey of the ten new year’s destinations most sought after by Brazilian tourists in 2016 and 2017, to understand how their preferences are for the period and if there were significant differences compared to last year. One of the highlights of this year is the increased demand for domestic destinations.
“Last year, we had a tie between Brazilian and foreign destinations – this year, however, Miami and Buenos Aires are the only international destinations that appear among the ten most sought after. This difference must be seen as an economic bias because it suggests that the crisis that the country is facing is restricting travelers’ budgets and making them choose cheaper options, “says Eduardo Fleury, Kayak’s country manager in Brazil. 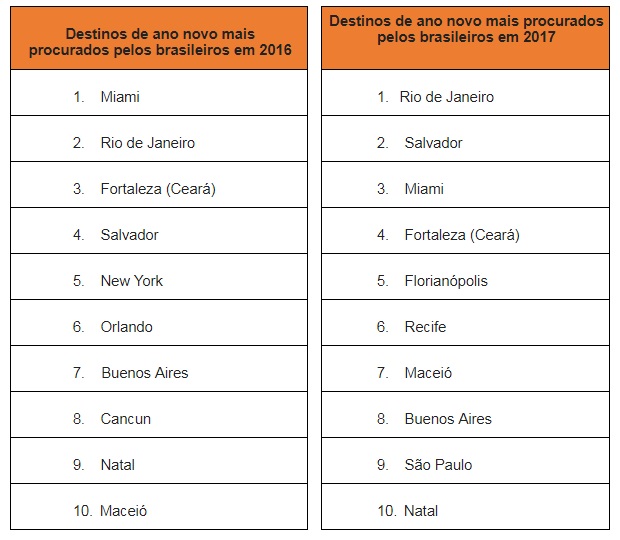